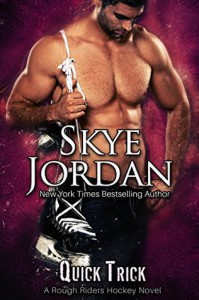 Grant Saber now an NHL superstar, was always the invisible kid back in high school in his hometown of Holly, North Carolina. Invisible to his peers, his siblings, even his parents. Nobody saw who he was and what he was capable of becoming except maybe his high school coach. 10 years later, forced off the bench to recover from an injury, he finds himself back in Holly, and not so invisible anymore except to maybe Faith Nicholas, the most popular girl back in high school. Only she’s not the same girl he knew back then. Single and solitary, focused on trying to save her late father’s legacy, St. Nicholas Hardware. She doesn’t suck up to his celebrity status like everyone else. What follows is his hilarious pursuit of Faith and her equally hilarious brush-offs until he realizes that there is more to her than just her pretty face.