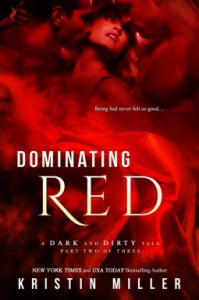 Someone is trying to overthrow the Omega and since Lukas, the Alpha and her second grandson is busy with the January's Wolf Moon ceremony she calls in Reaper, her eldest grandson and former Alpha of the Arcana Wolf pack, to assist on the matter. Matters of the heart and politics do not mix well. Finding out who is after the Omega is already a sensitive task. And it doesn't help that Lukas and Reaper both want Ivy.

Ivy has the toughest job. She knows Reaper is her soul mate but he does not want a mate because avenging his parents' death is his priority and he doesn't want to endanger the life of his mate. As for Lukas, her desire for him burns bright but whether she chooses him or not she will still lose Reaper. The third option is letting the Omega choose a mate for her, somebody that she has never met and does not know. Decisions! Decisions!