Blame it on the Kiss 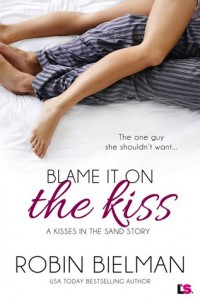 Blame it on the Kiss is a bittersweet love story about Honor and Bryce, two people linked together by Payton, whom both loved dearly but lost too soon. A chance meeting leads to fireworks but before they go to far, their identities are revealed to them, which causes them to quickly backpedal away from each other.

Alas fate keeps throwing them together, once again through a wedding of common friends. Bryce discovers things about Payton which leads him to doubt his feelings for her. But what he cannot deny is his attraction to Honor.

Honor cannot sully the memory of Payton, by falling for the man she hoped to marry. But there he is, every time she turns a corner or hangs out with her friends, she's even paired with him in the bridal party. So as a compromise she allows him to help her fulfill the dying wishes of her best friend.

What starts out as the first task on Payton's bucket list may just lead to fulfilling the last task, because the attraction is magnetic and the feelings undeniably true.